View source
watch 01:54
Obi-Wan Finale - The Loop
Do you like this video?
Play Sound

The Ebonheart Pact is one of the primary factions featured in The Elder Scrolls: Online. It is represented by a dragon on the ouroboros and the colour red. Their base of operations is Mournhold.

The Races within the Ebonheart Pact include:

Initially, the Dunmer and the Nords formed an alliance in response to an attack mounted by the Akaviri, that left them vulnerable to the Imperials. Subsequently, they formed an alliance of convenience with the Argonians. They are vying with the Aldmeri Dominion and the Daggerfall Covenant for the imperial throne. 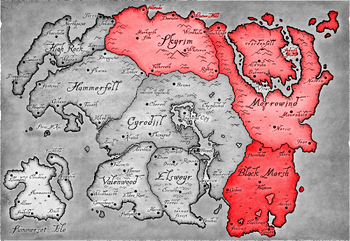